Ethiopia and Luxembourg signed an Agreement on the Elimination of Double Taxation with Respect to Taxes on Income and on Capital and the Prevention of Tax Evasion and Avoidance on June 29, 2021, in the city of Luxembourg.

The agreement was signed by H.E. Hirut Zemene, Ambassador of Ethiopia to Belgium, Luxembourg and EU Institutions and H.E. Pierre Gramegna, Minister of Finance of the Grand Duchy of Luxembourg.

On the occasion, the two sides exchanged views on ways to boost their bilateral cooperation as well as current situations in Ethiopia.
Upon entry into force, the agreement is expected to further develop the economic relationship and enhance the cooperation in tax matters between the two countries.

Ethiopia and Luxembourg have enjoyed diplomatic relations for close to a century. 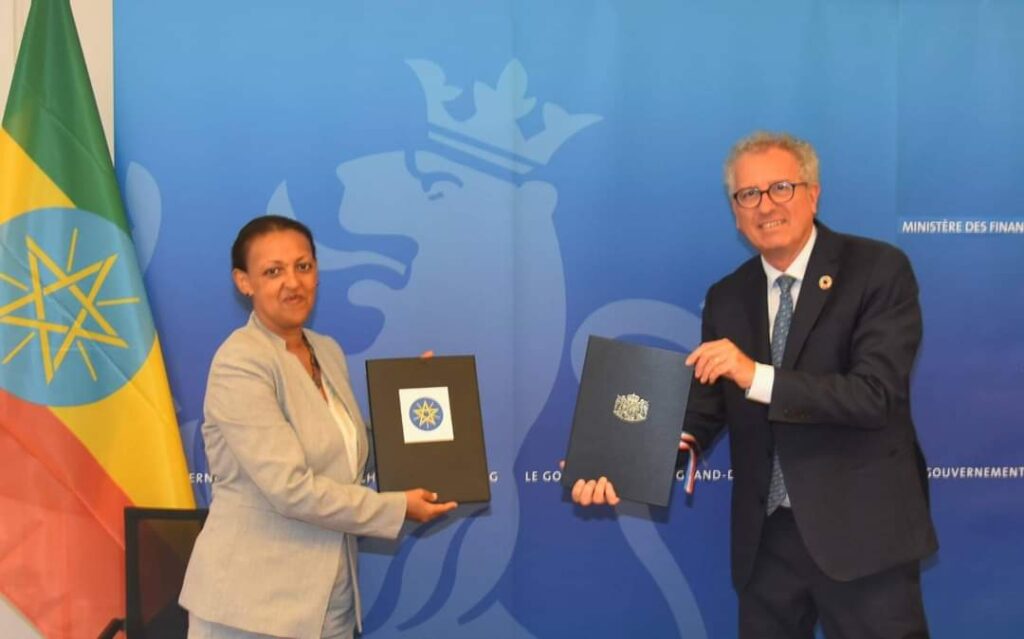