Skip to content
H.E. Demeke Mekonnen, Deputy Prime Minister and Foreign Minister, met today with Ms. Rita Laranjinha, Director for Africa at the European External Action Service.
The Deputy Prime Minister reaffirmed Ethiopia’s commitment to working on issues that strengthen Ethiopia’s relationships with the European Union.
He also briefed her on the current state of affairs in Ethiopia in relation to the northern conflict and the peace-building efforts that the Ethiopian government has undertaken thus far.
He stated that the Ethiopian government is committed to the AU-led peace process and expressed hope that the EU would support efforts to end the conflict peacefully.
Ms. Rita Larnjnha, for her part, stated that the European Union is keen on strengthening its strategic partnerships.
She stated that the EU supports the AU-led peace process, emphasizing the EU’s willingness to assist the peace process whenever it is required. 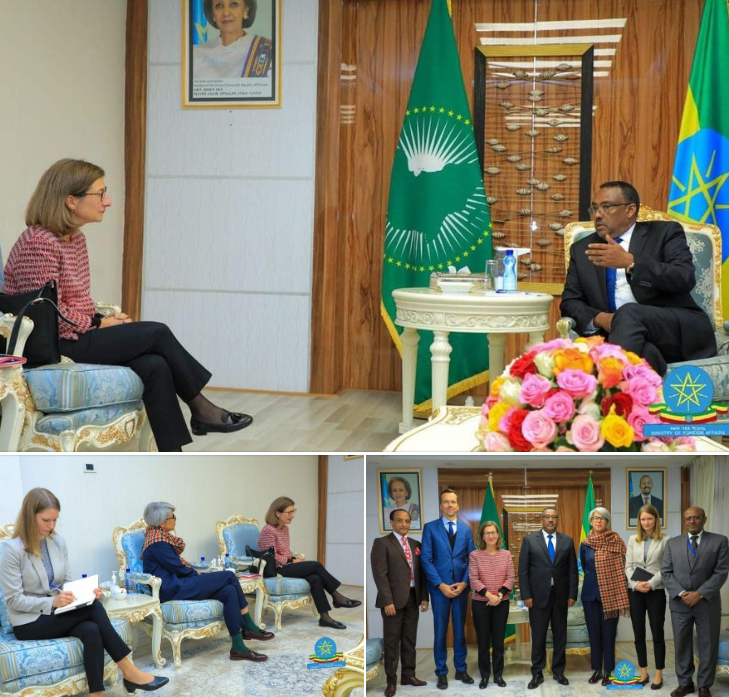