Skip to content
Deputy Prime Minister and Foreign Minister H.E. Demeke Mekonnen received at his office today (April 01), H.E. Dr. Annette Weber, EU Special Envoy for the Horn of Africa.
The two sides discussed current situations in Ethiopia, particularly the humanitarian issue in the Tigray region and geopolitical matters of common concern.
Discussing the Humanitarian situation in the Tigray region, the Deputy Prime Minister and Foreign Minister said the recently declared Humanitarian truce would address the humanitarian aid needs of the people in Tigray.
He said, in line with the pledges made by the government declaring the humanitarian truce, more than 22 WFP trucks loaded with humanitarian aid are about to enter the Tigray region.
Expressing concerns over the actions of the TPLF that continued to provide excuses to reciprocate, he urged the international community to influence the militants to commit to the terms of the truce.
In connection with that, the Deputy Prime Minister and Foreign Minister also mentioned the encouraging steps taken by the government to maintain peace and stability in the country.
He, in particular, pointed out the release of high-profile political figures from prison, the lifting of the State of Emergency before its due time, and the proposed national dialogue as manifestations of the government’s determination to see a lasting peace in the country.
The EU Special Envoy, on her part, lauded the efforts of the government to ensure peace in the country and the encouraging situation created for humanitarian operations in the Tigray region following the humanitarian truce. 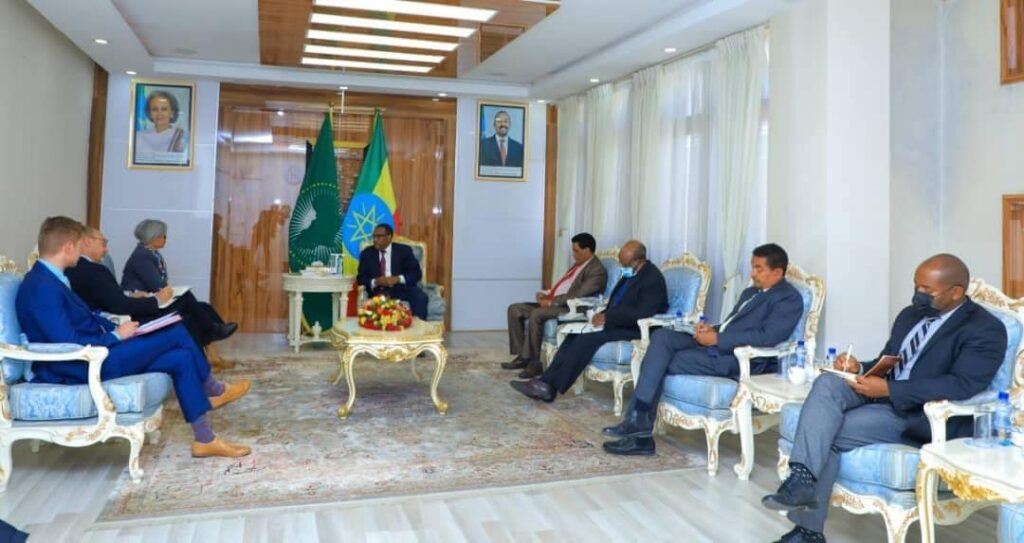