Skip to content
H.E. Ambassador Hirut Zemene met and exchanged views with H.E. Stefano Sannino, Secretary General of the European External Action service on September 14, 2022.
On the occasion, the Ambassador briefed the Secretary General on the current situation in #Ethiopia particularly focusing on the confidence building measures that the Government of Ethiopia has been taking since the declaration of unilateral indefinite humanitarian truce in March 2022, which was flagrantly violated by the TPLF leadership. She also expressed government’s commitment to address the humanitarian problem in the Northern part Ethiopia and noted in this regard the aggression on the Afrar and Amhara region by the TPLF is the primary cause for the disruption of the delivery. Despite this difficult situation, she underlined the Governmemt’s determination to the peaceful resolution of the conflict under the auspices of the African Union.
H.E. Mr. Sannino, on his part, underscored the importance of resolving the conflict peacefully under the African Union leadership and reiterated European Union’s commitment to support the peace process. 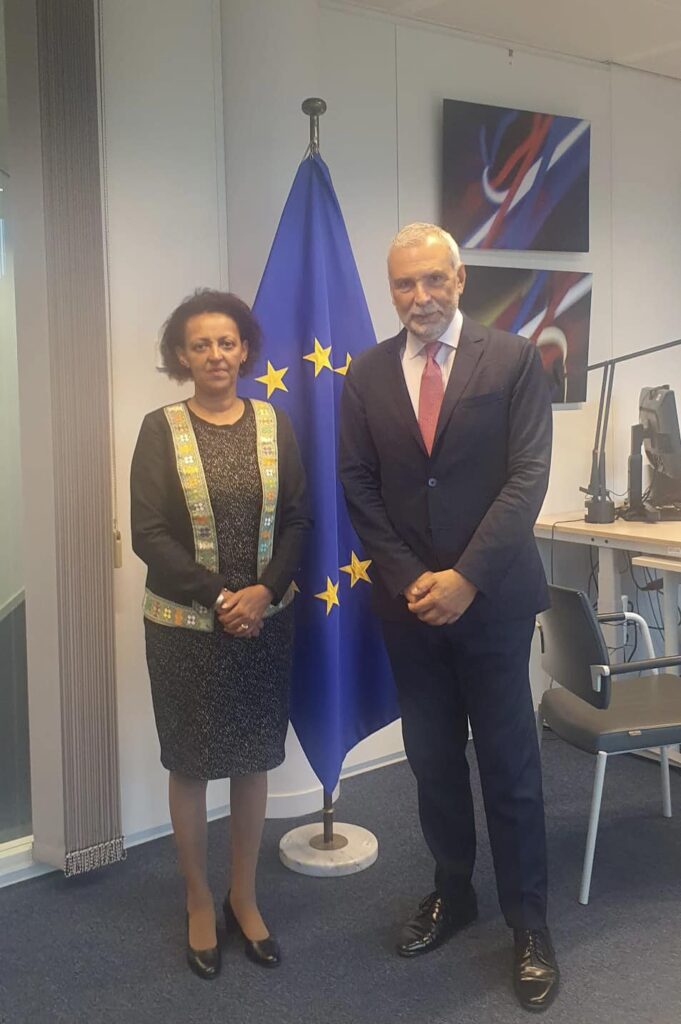