H.E. Hirut Zemene, Ambassador of Ethiopia to the Kingdom of Belgium, Luxembourg and EU institutions, met and discussed with H.E. Franz Fayot, Minister of Development Cooperation and Economy of the Grand Duchy of Luxembourg, Mr. Tom Reisen, Head of the sub-Saharan Division and Deputy Director of Political Affairs of Ministry of Foreign Affairs of Luxembourg, Ms. Cindy Thereba, Director of International Affairs of Chamber of Commerce and Mr. Diederick Zambon, Head of Division for Africa in European Investment Bank (EIB) in Luxembourg.

H.E. Ambassador Hirut has a fruitful exchange with H.E. Franz Fayot, Minister of Development Cooperation and Economy, on various issues, including the existing bilateral economic ties and ways to improve it further, as well as the current situation in Ethiopia and the upcoming elections. The two sides agreed to look into cooperation in the ICT and finance sector capacity building.

Meeting with Mr. Tom Reisen, Head of the sub-Saharan Division and Deputy Director of Political Affairs Ministry of Foreign Affairs, H.E. Ambassador Hirut briefed him about the current situation in Ethiopia and the ongoing negotiation on GERD. Mr Reisen has expressed his country closely follows up the current situation through the EU framework and noted the briefing has given him a chance to see Ethiopia’s points of view. They also agreed to further deepen the relations and strengthen the cooperation between the two sides.

During her discussion with Ms. Cindy Thereba, Director of International Affairs of Chamber of Commerce of Luxembourg, the Ambassador appreciated the made so far, including the Luxembourg business delegation that went to Ethiopia in 2016 and further noted the possibilities to create more links between the two chambers. Madam Thereba expressed hope more trade delegation exchange could happen once the COCID situation subsides.

Her Excellency Ambassador Hirut also exchanged views with Mr. Diederick Zambon, Head of Division for Africa in European Investment Bank (EIB) and his team and appreciated the Bank’s operational focus on the private sector, microfinance and women entrepreneurship and encouraged it to increase its activities and presence in more fields whilst speeding up its disbursements for the ongoing projects in Ethiopia. Mr Zambon, on his part, noted about more prospects to expand cooperation in the post cotonu framework.

Ambassador Hirut has concluded her mission to Luxembourg with the a fresh look on various areas of cooperation that could be promoted for mutual benefits. 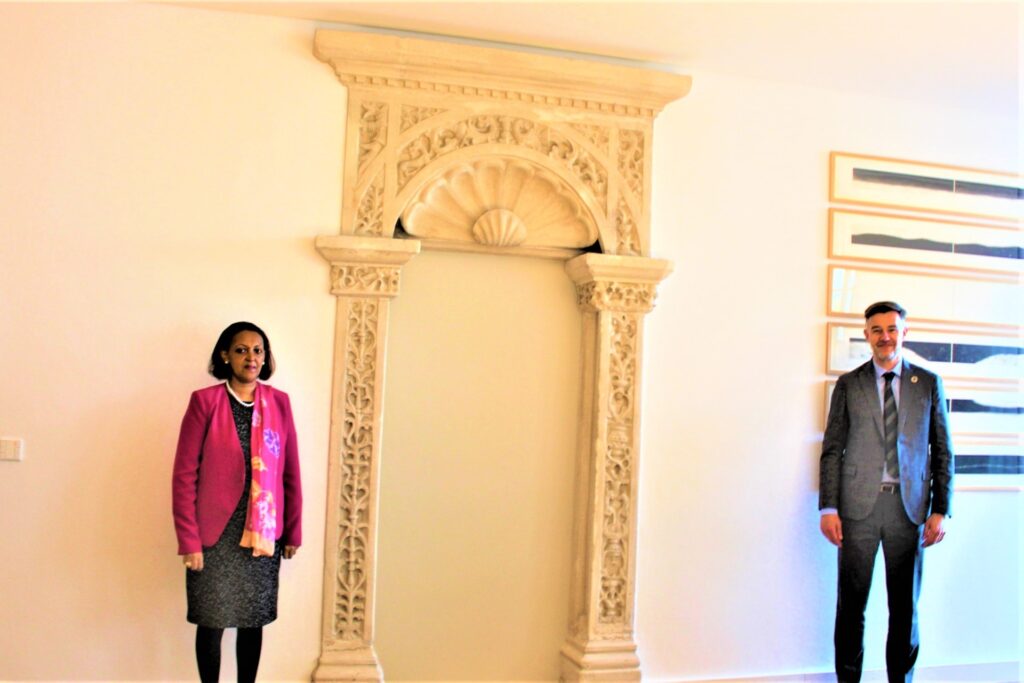 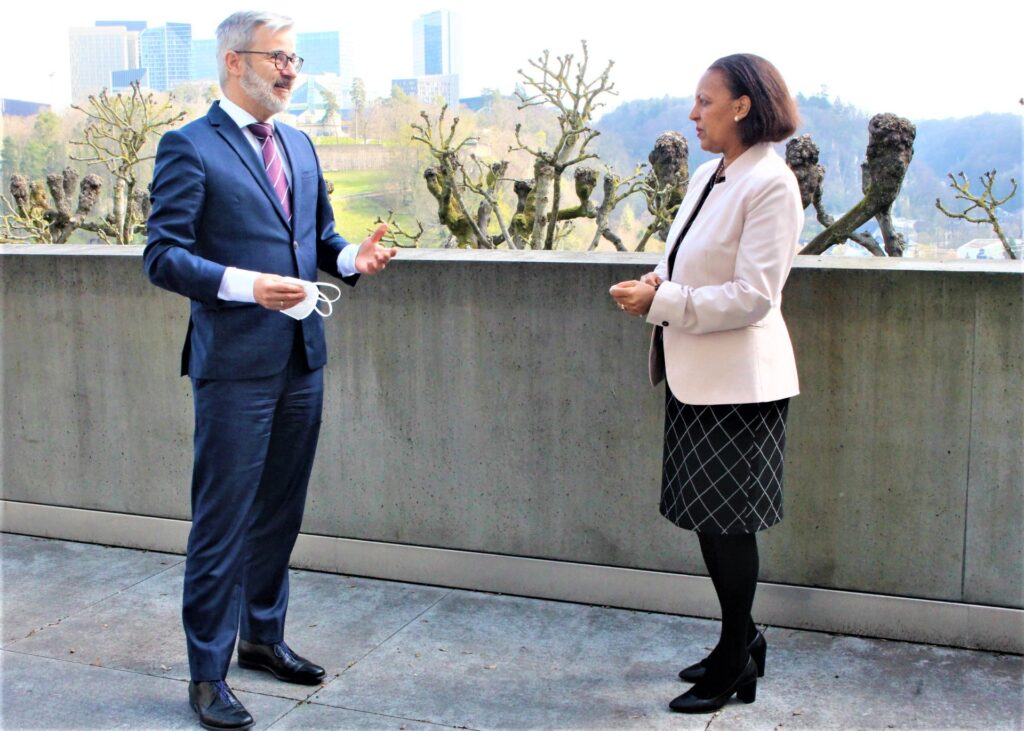 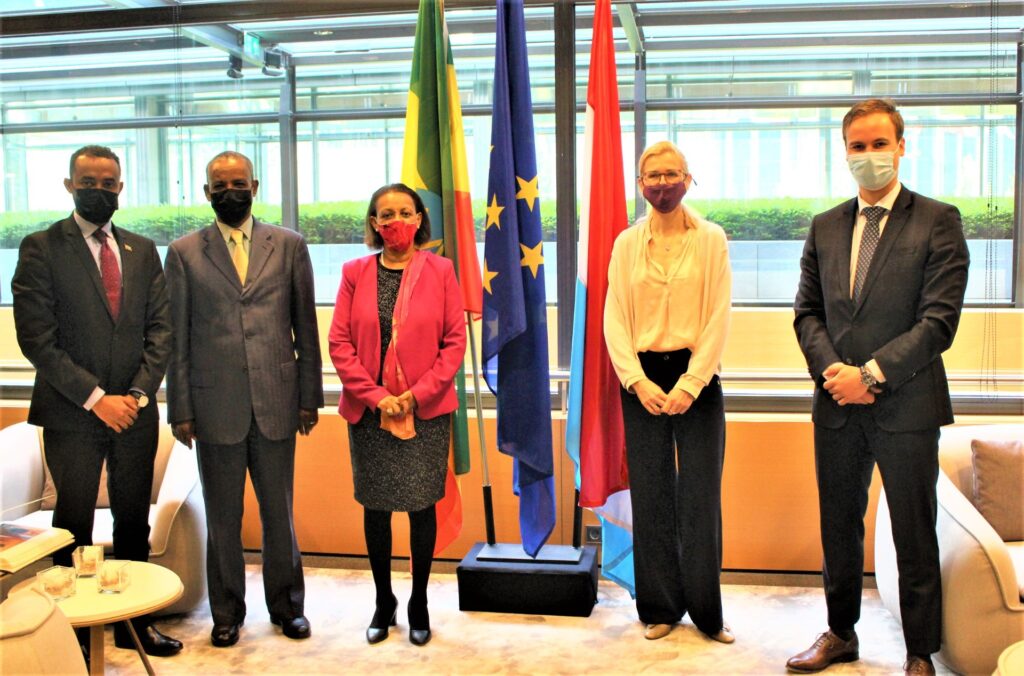 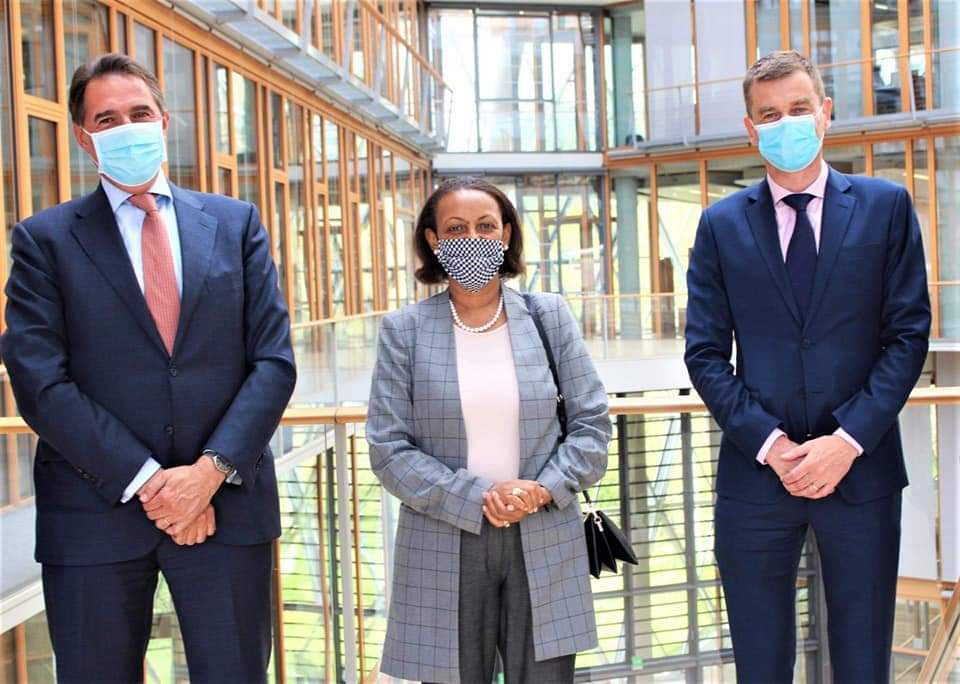 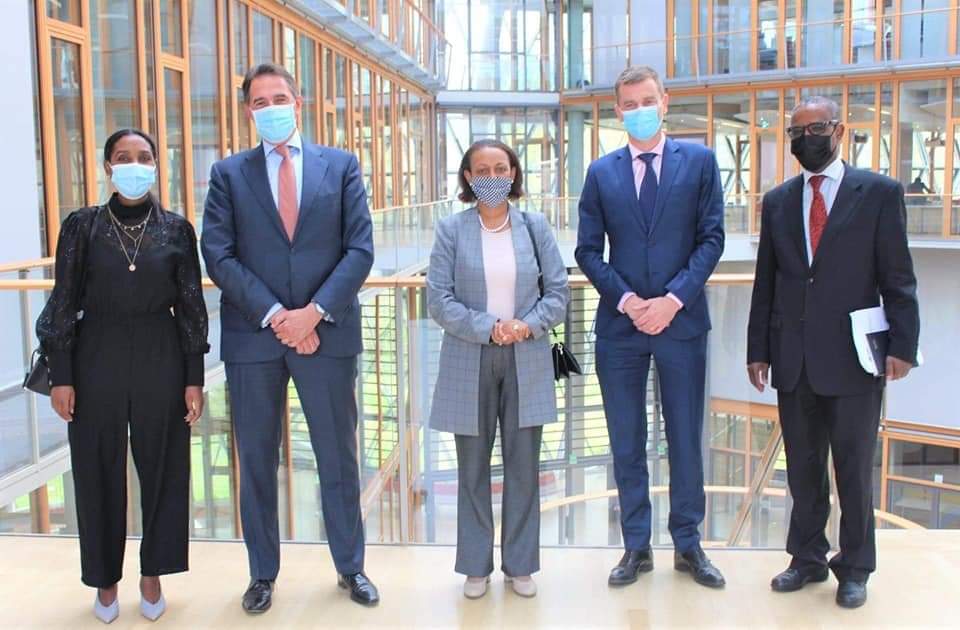