Skip to content
H.E. Ambassador Hirut Zemene met with Mr. Hugues Chantry, Director General of the Egmont Royal Institute for International Relations on September 9, 2022.
During the meeting, H.E. Ambassador Hirut briefed the Director General about the current situation in Ethiopia, particularly the provocation made by the TPLF on August 24, 2022, that led to the end of the indefinite humanitarian truce that was in place for the past six months.
The Ambassador stressed the importance of condemning the act of belligerence by the TPLF and called on the International Community to push for a peaceful resolution of the conflict under auspices of the African Union. Mr. Chantry on his part expressed his gratitude for the briefing extended to him.
On the occasion the two sides also exchanged views on how to further strengthen the relation that was established earlier this year between the Ethiopian Diplomatic Strategic Centre and the Egmont Royal Institute for International Relations.
Egmont Royal Institute for International Relations is one of the most important thinktanks in Belgium with a close link with the EU Institutions. 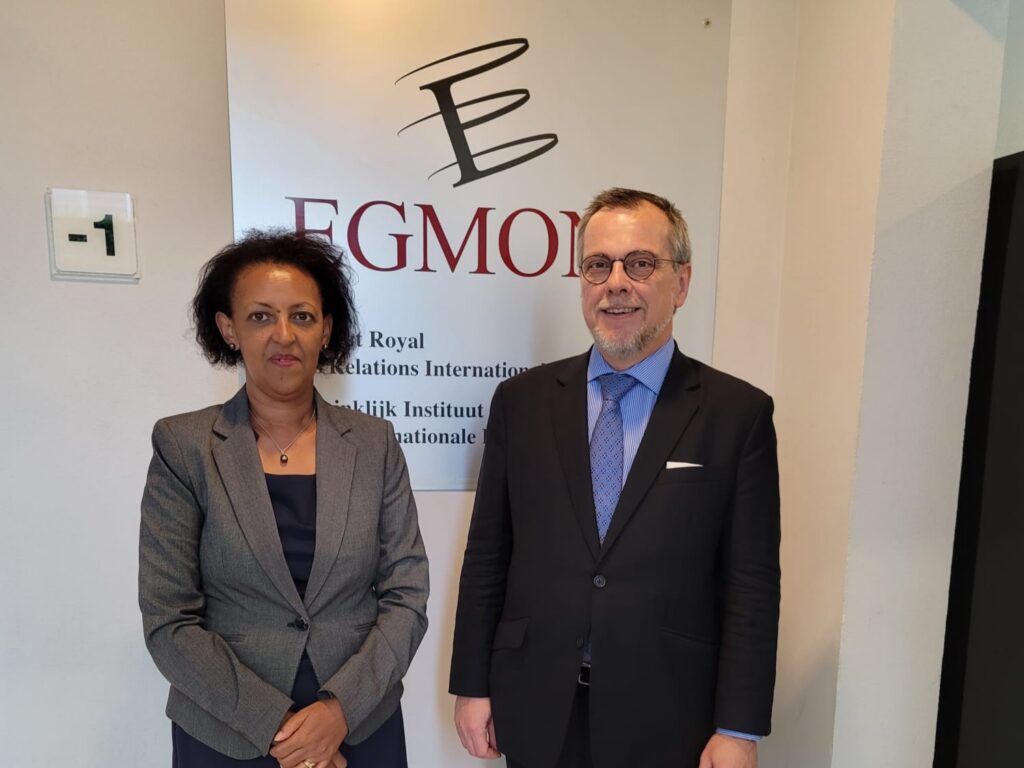