On April 21, 2021, H.E. Hirut Zemene, Ambassador of the Federal Democratic Republic of Ethiopia to Belgium, Luxembourg and EU Institutions, presented her letter of credence to the Grand Duke of Luxembourg His Royal Highness Henri, in a ceremony organized at the Grand Ducal Palace, Luxembourg.

On the occasion, H.E. Ambassador Hirut and His Royal Highness exchanged views regarding the longstanding relations that the two countries have been enjoying for close to a century.

His Royal Highness has expressed wishes Ethiopia well succeed in its reforms and overcome its internal challenges.

Ambassador Hirut took the occasion to brief His Royal Highness about the upcoming election, the efforts to maintain peace and security and address humanitarian challenges in the country.

His Royal Highness also mentioned the importance of strengthening economic ties between the two countries.

Ambassador Hirut expressed to His Royal Highness her readiness to work in further deepening the relations between the two countries. 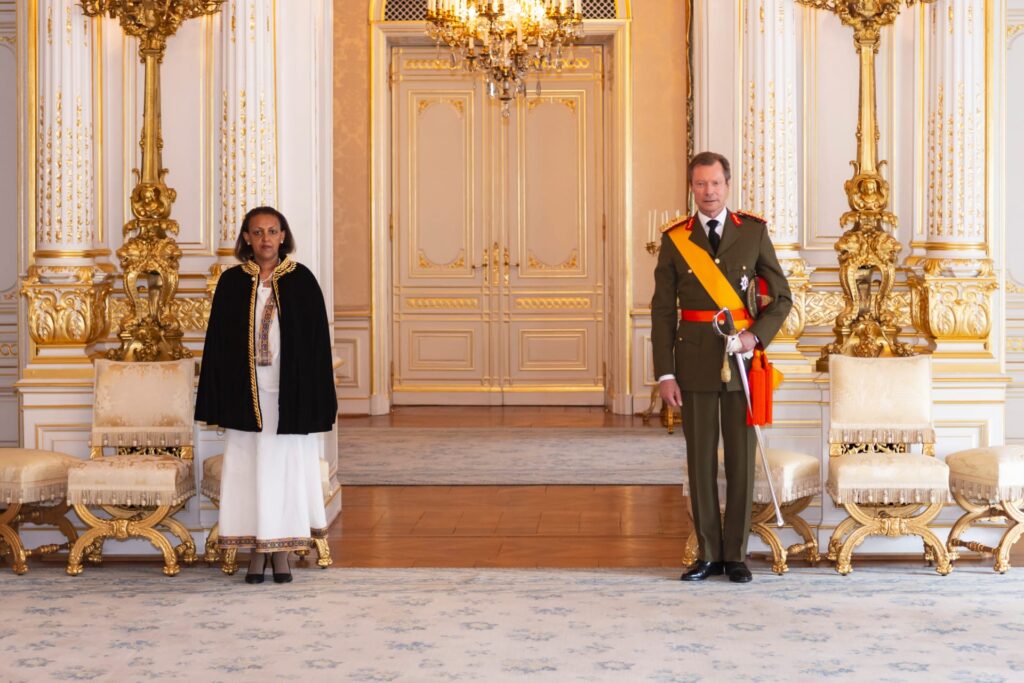