On March 25, 2021, H.E. Ato Ahmed Shide, Minister of Finance of the Federal Democratic Republic of #Ethiopia, met with H.E. Eamon Gilomor, #EuropeanUnion Special Representative for #HumanRights, and made a wide-ranging exchange of views on current developments in Ethiopia.

Minister Ahmed Shide briefed the Special Representative about the ongoing efforts to rehabilitate the #Tigray region and provide the necessary humanitarian support, which has so far covered 4.2 million beneficiaries. He also explained the ongoing investigation on alleged human rights violations as well as Ethiopia’s readiness to strengthen its capacity on the investigation process by working closely with the African Commission for Human and Peoples’ Rights (#ACHPR). In this regard, he further noted the understanding reached between the Ethiopia Human Rights Commission and the Office of the #UnitedNations High Commission for Human Rights to launch a joint investigation on alleged violations of Human Rights.

H.E. Ato Ahmed Shide further briefed him regarding the upcoming general elections scheduled to be held at the beginning of June 2021 and the strong focus given to build a resilient economy by the newly launched 10 years plan of action.

On his part, H.E. Gilmore appreciated improvements observed both in terms of access for humanitarian assistance as well as investigation of alleged human rights violations. He also enquired about the level of investigation and the speed at which the perpetrators could face justice. Furthermore, the Special Representative expressed the importance of having a proper mechanism to avoid further violations of Human Rights. 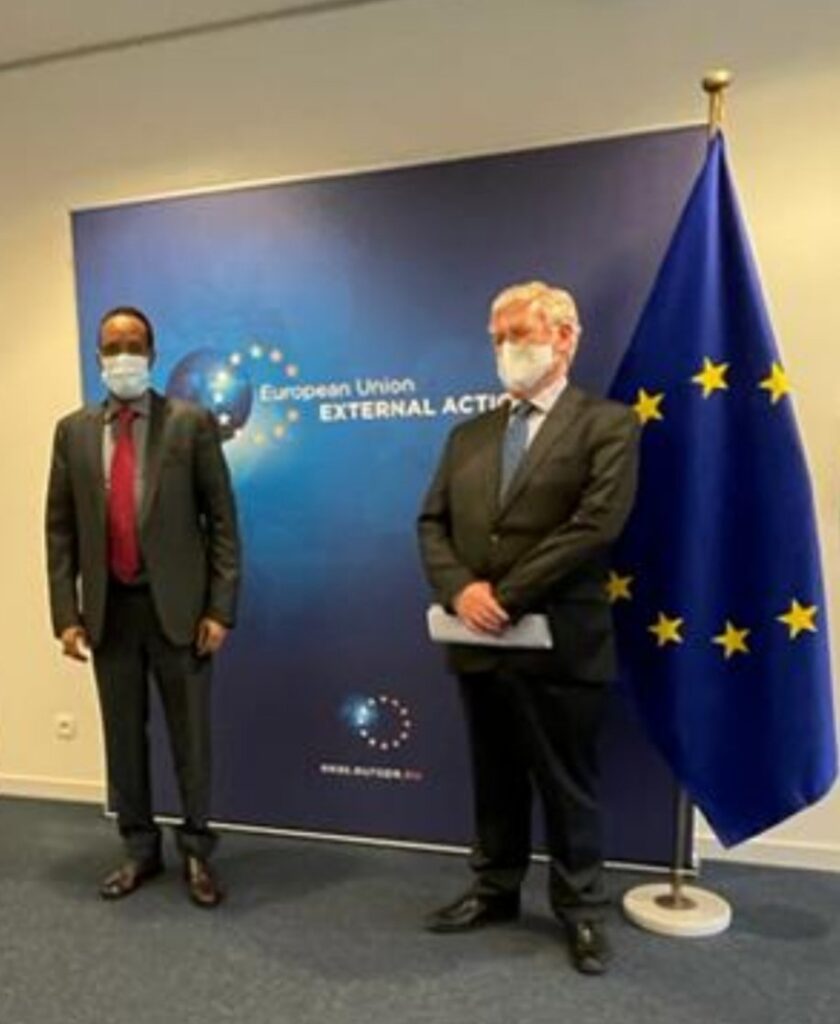