Skip to content
H.E. Prime Minister Abiy Ahmed Ali has headed back home after taking part in the AU-EU Summit to be held on 17 and 18 of February 2022, in #Brussels, Belgium.
During his stay in Belgium, the Prime Minister held discussion with the European Union officials, H.E. Charles Michel, President of the European Council, H.E. Ursula von der Leyen, President of EU Commission, H.E. Jutta Urpilainen, EU Commissioner for International Partnerships, and H.E. Janez Lenarčič, European Commissioner for Crisis Management on wide range of bilateral and regional issues.
Prime Minster Abiy also conferred with various African and European leaders on the side-line of the summit. He, among others, met and exchanged views on matters of common concern with H.E. Emmanuel Macron, President of France and current presidency of the Council of the European Union and H.E. Janez Janša, Prime Minister of Slovenia and previous presidency of the Council of the European Union.
#Ethiopia‘s participation in the summit was significant in the time where the two continents are aiming to concretize their cooperation, among others, in fighting the COVID pandemic, exchanging strategic approaches on easing the financial constraints and economic downturn due to the pandemic and supporting the youth and women in job creation as well as environmental issues that include green transition.
It was also timely in expressing Ethiopia’s commitment for peace and development both within itself and the region during the various side-line meetings that took place in the summit. 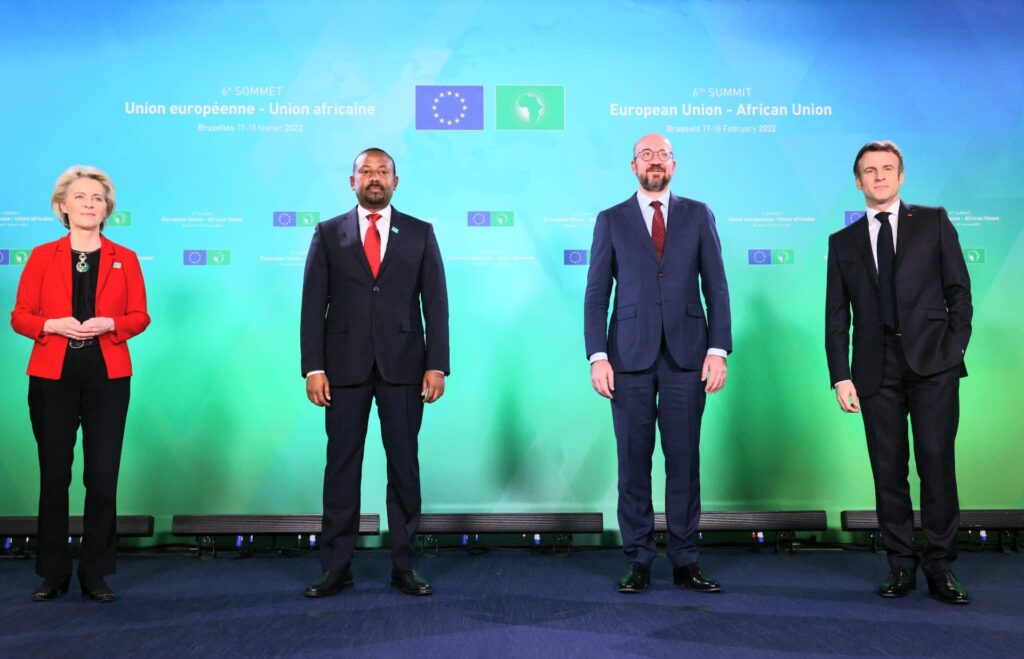