On November 4, 2020 the TPLF criminal clique treasonously attacked the Northern Command of the Ethiopian National Defense Force (ENDF) in a foiled plan to seize power by destabilizing the nation. Attacking the Northern Command where the nation’s largest weapons depot was stationed and mercilessly killing and kidnapping members of the ENDF has drawn the federal government into a military engagement it has been provoked into.
It is to be recalled that following the attack on the Northern Command, the TPLF fired rockets into Bahir Dar and Gonder cities. Similarly, they fired rockets into Asmara, Eritrea thereby provoking the Eritrean government to cross Ethiopian borders and prevent further attacks and maintain its national security.
In our March 26, 2021 discussions with President Isaias Afwerki during my visit to Asmara, the government of Eritrea has agreed to withdraw its forces out of the Ethiopian border. The Ethiopian National Defense Force will take over guarding the border areas effective immediately.
Ethiopia and Eritrea will continue strengthening their bilateral relations and economic cooperation ambitions. We will continue building on the spirit of trust and good neighborliness between our two countries as embarked upon in 2018. In particular, restoring trust-based people to people relations among our citizens in the Tigray region and fellow Eritreans across the border is essential. 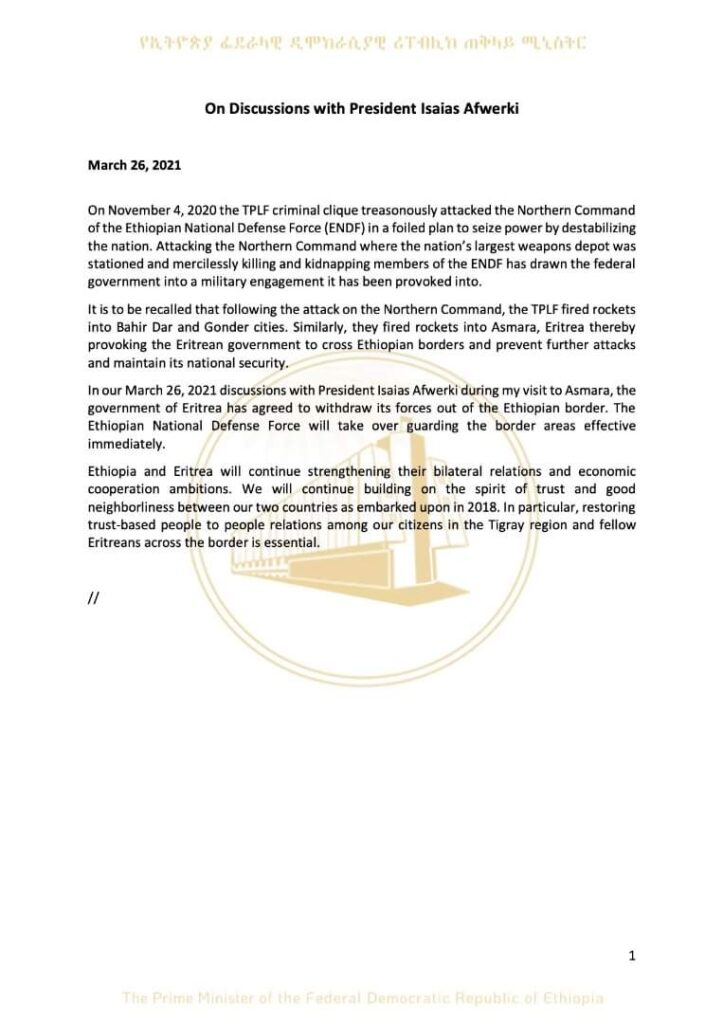