Prime Minister Dr. Abiy Ahmed addresses the the House of People’s Representatives today. Here are some of the excerpts from his speech:

On the #GERD
======
“Ethiopia has absolutely no desire whatsoever to cause harm to Egypt nor to Sudan. But #Ethiopia does not want to live in darkness. Our light will only support them – not harm them. We will continue on our GERD track with no harm to both countries.”

On Upcoming #Election
=====
“The upcoming election is consequential yet also challenging. The political, media, social media spaces have changed. Our success then is to make the elections free and democratic. Fed gov’t has gone the extra mile to enable inclusive participation, including appealing to OFC.”

“The Federal government reserves the right to deploy forces, including Amhara special forces or any other, to any corner of the country where support is needed and threats exist. To assume/treat these forces as external & apply misplaced pressure is erroneous.”

On #TPLF and Administrative Boundaries
====

“TPLF rejected the Administrative Boundaries and Identity Issues commission at its inception because they knew very well what they’ve done before. In any case, there are legal means to address disputed issues and will be addressed accordingly.”

“There are many challenges and problems. There also also many growth opportunities and hopes. So let us collaborate and support each other. There is no Ethiopian that will be [negatively] affected by #Ethiopia’s development.”

On challenging situations in #Tigray and other areas
=====
“Conflict and violence related deaths cannot be stopped by wish alone but thorough active engagement of all citizens. Our law enforcement and other institutions require to be adequately staffed and citizens active alongside government.”

“We cry for all who suffer in Benishangul, Tigray, Oromia, Amhara regions – not one over the other b/c of hired lobbyists. The people of Tigray will not eat “twitter concerns.” They need wheat to eat. Concerns need to be backed by actionable support.”

“Reports indicate that atrocities have been committed in Tigray region. Regardless of the TPLF propaganda of exaggeration, any soldier responsible for raping our women & looting communities in the region will be held accountable as their mission is to protect.”
“1.8mil people Tigray have been living on safety net for the last 20yrs while also under TPLFs leadership. In addition, #COVID19, desert locus and other challenges plagued the region while TPLF drummed a war narrative. This was misplaced and untimely arrogance.”

On application of #technology
=====
“Over the past few weeks we have been experimenting with cloud seeding technologies and will officially launch soon, to augment rainfall. As our population increases and demands on land increase, such techniques will make dry places more livable and productive.”

“#Ethiopia did not have a space presence before and within two years we have launched two satellites in orbit. We are building our technological capabilities for development.”

On registered #Economicgrowth
======
Our main focus through the homegrown economic reform has been to reduce the debt burden, complete unfinished projects, and increase revenue. We were faced with enormous obstacles, such as locusts, floods, and sporadic conflicts. Although COVID19 was not taken into account when planning, we had to respond to the crisis as well. Despite all that, Ethiopia’s economy has grown by 6.1 percent.

“Within the past six months financial institutions have increased their savings to Birr 1.2trillion ma ximizing their lending capacities.”

“Market linkage challenges have been related to road access.
Therefore we have been focused on building roads and doubled the budgetary allocation this year for the construction of roads.”
“Many opportunities exist within #Ethiopia and there has been growth each year over the past three years.” 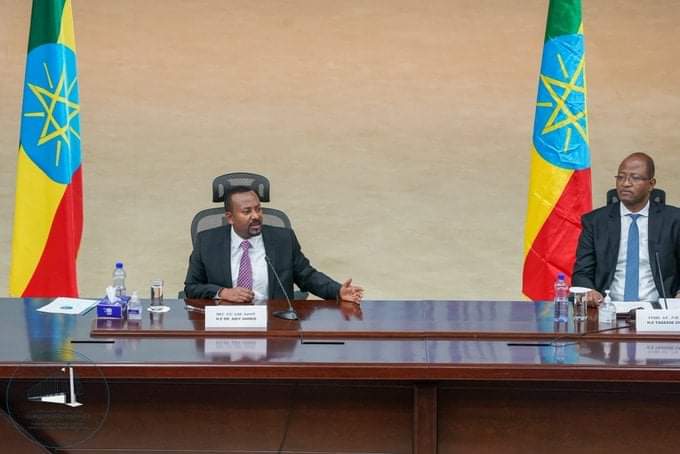 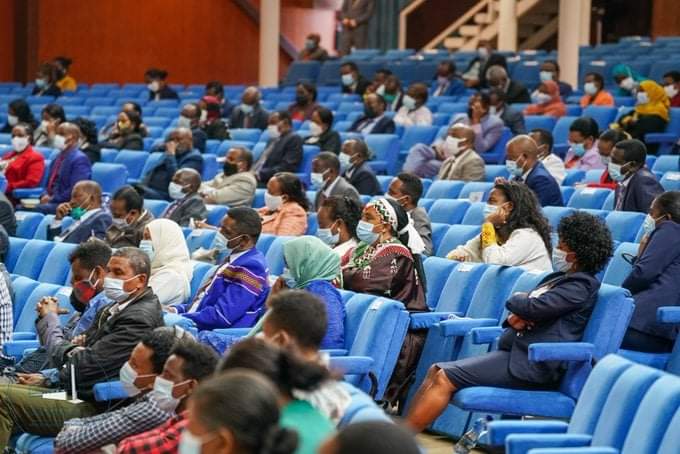