Skip to content
H.E Semereta Sewasew, State Minister of Finance of the Federal Democratic Republic of Ethiopia exchanged views with Ethiopian diplomats and stuff members of the Embassy on the current developments in Ethiopia, on her arrival in Brussels to have a working discussion with EU commission counterparts.
Speaking at the meeting, H.E. Semereta underscored that the government of Ethiopia is working tirelessly to meet ends on the various ongoing economic reform agenda, deliver humanitarian assistance to those regions affected by manmade and natural disaster as well as reconstruction and recovery efforts.
During the meeting, she also underlined in addition to the domestic mobilization efforts, Ethiopia’s focus to engage partners including the European Union to create understanding and support in these endeavours. 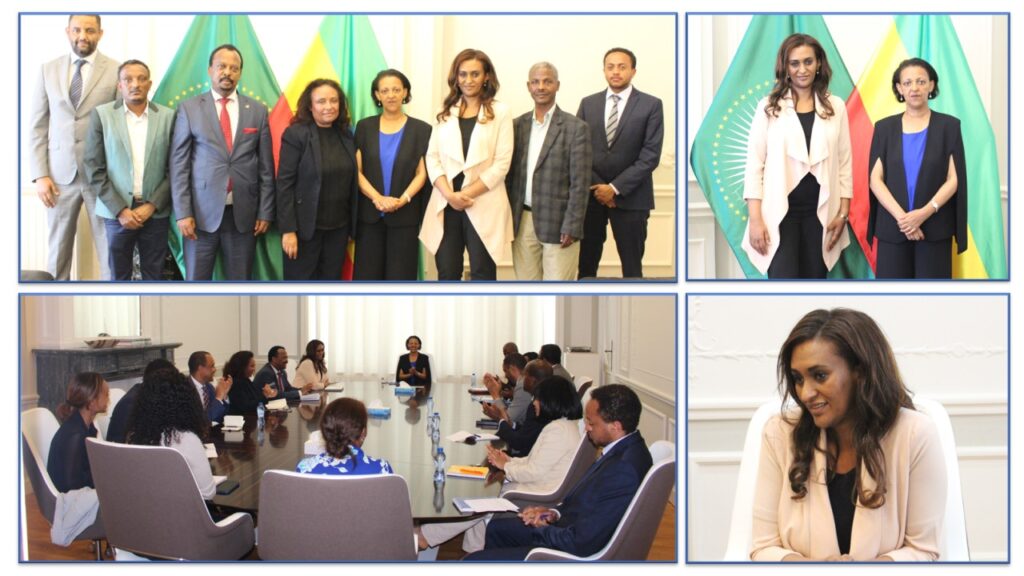