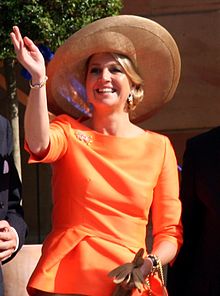 Advocate for Inclusive Finance for Development (UNSGSA), led by Her Majesty the Queen of the Netherlands, visited Ethiopia last Monday.

The visit was aimed at highlighting Ethiopia’s efforts to make financial services more accessible to the rural poor while also emphasizing the role that expanding financial inclusion plays in strengthening food security.

The delegation met Prime Minister Hailemarim Desalegn and officials from the bank and microfinance sector to discuss their role in helping to improve food security in rural areas of Ethiopia.

After the high-level talks, the delegation travelled to Hawassa, the capital city of the Southern Nations, Nationalities and Peoples Region (SNNPR), to see the overall activities of the three UN food security agencies.

The UNSGSA and the three food agencies work with the government and the private sector to extend financial services to marginalized groups, especially women, who often face legal and policy barriers, as well as irregular obstacles to services, training and information.

Greater financial inclusion can also help increase the success of small producers who are not served by microfinance but are often perceived as ‘too risky’ by commercial banks.

The development of microfinance institutions in Ethiopia is a recent phenomenon, coming to prominence after the proclamation in July 1996 that offered help for their establishment. Since then various institutions have legally registered and started delivering microfinance services.

In this regard, over the recent years 31 microfinance institutions have been established, 7,160 Rural Savings and Credit Cooperative Organizations, and 77 Unions, reaching nearly three million rural clients, set up.

Financial inclusion is the universal access to a wide range of reasonably priced financial services provided by a variety of institutions. It enables and accelerates progress toward numerous development goals and national priorities, such as job creation, equitable growth, poverty alleviation, health, education and food security.