Skip to content
The Ethiopian delegation led by Speaker of the House of Peoples Representatives, Honorable Tagesse Chaffo has concluded its mission in partaking on the 60th OACPS and the 41st OACPS-EU Joint Assemblies.
During the two assembly sessions, the Ethiopian delegation had promoted Ethiopia’s position on the issues of common deliberations such as the new Post-Cotonu OACPS-EU partnership agreement, the COVID pandemic and its economic and social impacts, as well as the current global peace and security situation. The delegation had also familiarised participants about the current situation in Ethiopia during the sessions of the Political Committee of the OACPS, as well as through the range of bilateral meetings that Honorable Speaker Tagesse Chaffo and Chairman of the Foreign Affairs Standing Committee Dima Noggo (PhD) had, with various EU and OACPS parliamentarians.
The participation of the Ethiopian delegation had made it possible to forge common positions on mutual interests with the OACPS-EU member countries. It has also been productive to shed a balanced reflection on Ethiopia on matters of peace and security as well as development and reconstruction.
The 41st Session of the OACPS-EU Joint Parliamentary Assembly wond-up by deciding to hold its next session in Mozambique. 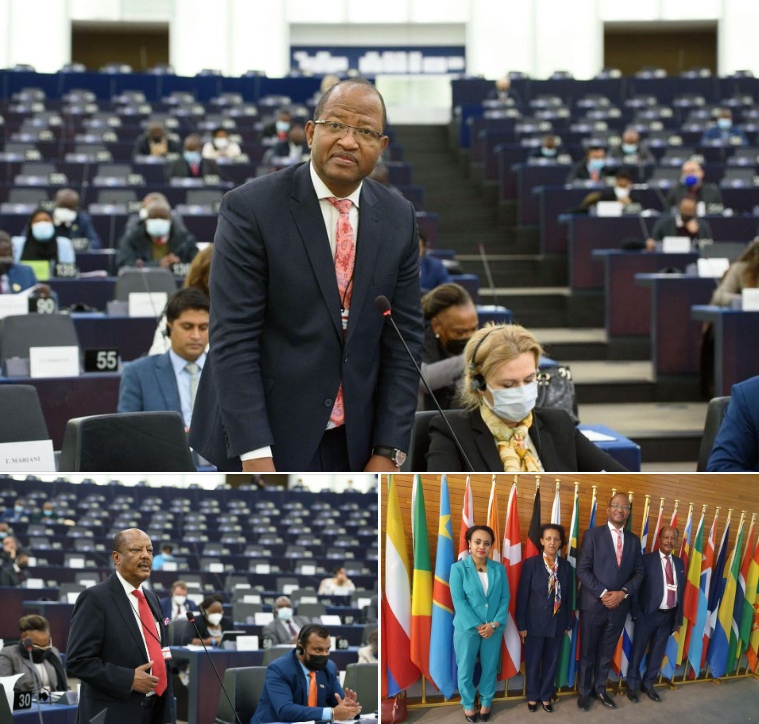