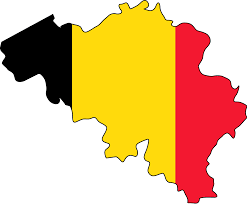 February 1, 2014- The 19th Belgo- Ethiopian Association festival was held on February 1, 2014, at the Espace Senghor Center in Brussels Belgium, where more than three hundred members of the Ethiopian Diaspora, invited Belgian guests and the Embassy staff were present.

The event started at 5:00pm with the photo exhibition and a film “Land Scapes of Ethiopia” by Mr.Francoise Pastor showing the rich and diverse historical, cultural and geographical landscape of the country to be followed by Sosena Solomon’s documentary “Merkato”, showing Addis Ababa’s largest open market place in Africa.

Ethiopian food was served and traditional coffee ceremony complemented the social and cultural event and created an enjoyable atmosphere.

On the occasion, Ethiopia’s Ambassador to the EU Institutions and the Benelux countries, H.E. Teshome Toga, expressed his deep appreciation and thanks to the organizers of the festivals and called on the association to closely work with the Embassy to further strengthen the cultural and people to people relations between the two countries.

In his remark, Ambassador Teshome briefed the audience about the mosaic nature of the cultures, languages and historical heritage of the people, and the nine UNESCO registered natural and cultural sites. He further emphasised the successive economic growth registered in the last decade and called upon the Belgian friends to encourage investors and business people to start focusing on Ethiopia.  He concluded his statement by inviting Belgians to visit Ethiopia as the land of natural and historical as well as cultural tourist attractions.

The 19th Belgo- Ethiopian Association festival was successfully completed and the association promised to celebrate its 20th anniversary next year in collaboration with the Embassy of Ethiopia in Brussels.

The Belgo-Ethiopian Association in its objective to strengthen people to people relations between the two countries has carried out various activities in providing school materials to elementary schools, supporting libraries and promoting the diverse  and historical image of Ethiopia in Belgium in the past twenty years.