Skip to content
Ambassador Fortuna Dibaco, Deputy Head of Mission of the Embassy of Ethiopia in Brussels attended the opening celebration of UNIDO-European Union photo exhibition in which projects funded by the European Union and implemented by the UNIDO in Ethiopia were also showcased along with others on 14 June 2022.
The event titled as “Inclusive and sustainable industrial development: a boost to youth employment” was aimed at showcasing success stories of projects funded by the EU and implemented by the UNIDO around the world.
Among the attendants were Members of European Parliament, representatives of Directorate-General for Neighborhood and Enlargement Negotiations (DG NEAR), Directorate-General for International Partnerships (DG INTPA), UNIDO’s Special Representative for Africa, Ambassadors, and Deputy Heads of Mission, among others. All the keynote speaker highlighted inclusive and sustainable industrial development as well as youth empowerment.
On the occasion, Ambassador Fortuna Dibaco mentioned the support of UNIDO, EU and other development partners in developing integrated agro-industrial parks in Ethiopia. She further stated that in the success of pilot Program for Country Partnership (PCP) project, Ethiopia, being as one the pilot countries, was a good example of success story for the Ethiopia-UNIDO cooperation.
Stories of the EU funded UNIDO projects in Ethiopia that focused in modernizing Agro-industry as well as in sustainable job opportunities in the leather industry with special emphasis to women were showcased at the event. 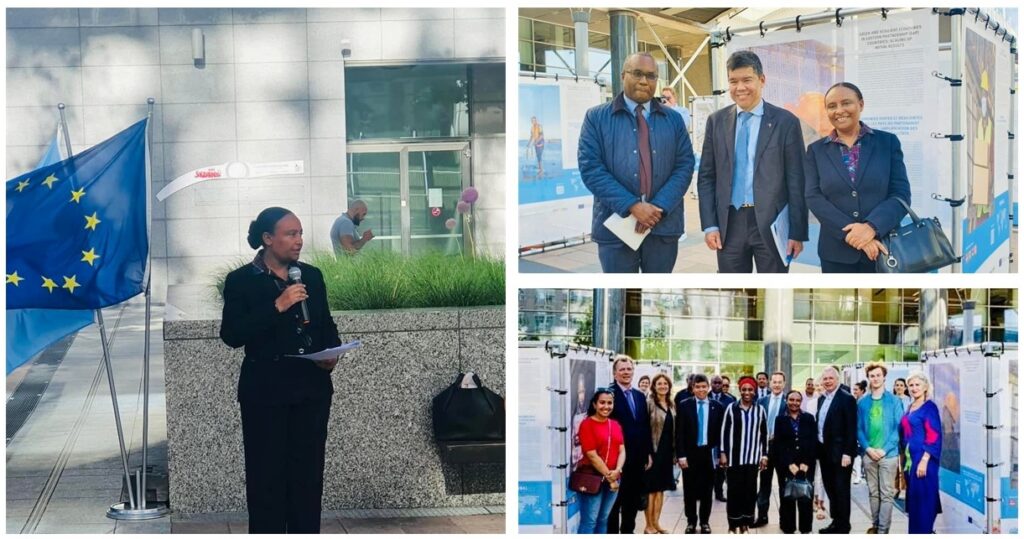