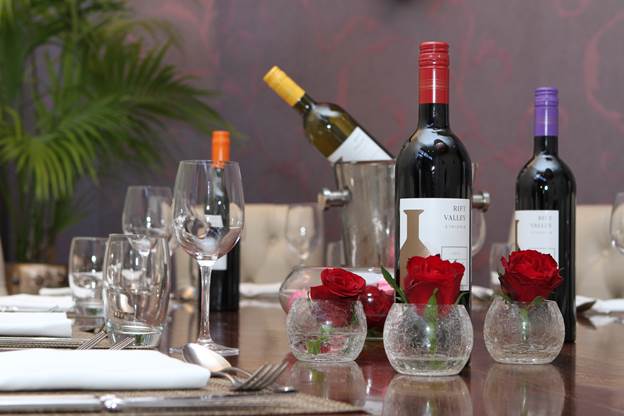 Ethiopia is known for its rich cultural heritage steeped in century’s old history and mystical legends. But very few know of a long-held wine-making tradition in Ethiopia. The wine-making tradition has over the last few years been gaining much traction and is now a gradually expanding industry that is meant to place Ethiopia firmly onto the wine-making countries list.

Traditionally, Ethiopia has been making a local wine called tedj, a type of honey-wine flavored with gersho leaves, that are similar to hops. However, this ancient wine-making tradition is gradually being taken over by a much modern form of wine-making, and nowadays standard high-quality wines are produced in the country. Ethiopia is now growing its own grapes and producing its own signature wine. Due to the proximity to the equator, it is even possible to make two harvests per year. Currently, there are two wineries in the country, with a combined production of almost 12 million bottles of wine per year.

Awash winery is by far the oldest winery in Ethiopia. The winery has been in existence for about 70 years now. Awash Winery boasts more than 117 hectares of a wine estate that sits on a mountain plateau rising to 1,200 meters above sea level. It was acquired in 2013 by Blue Nile company, which has the plan to expand the production by constructing a second distillery.

Currently, Awash Winery has an annual production of about 10 million bottles, most of which is exclusively consumed by the Ethiopian market. According to Awash, the local demand for quality wine is at an all-time high. In 2016, the company will be able to export wine in addition to meeting the local demand.

Castel Winery on its part is a new player in the Ethiopian wine-making industry. The winery is located in the town of Ziway some 160 km south of Addis Ababa. Castel’s vineyards were established in 2007 as a partnership between the Ethiopian Government and the Castel Group, which is today one of the largest wine and beer producer in the world. The wine estate is spread across some 120 hectares with the grapes having been planted between 2007 and 2009. The winery started bottling its vintage wine in 2014, with the goal of producing a quality wine meeting international standards.

Castel’s vineyards are located about 1,600 meters above sea level with an annual rainfall of about 650 mm and average temperature of 25 degrees celsius year round. The region has sandy soils, which according to Castel Winery are good conditions for the development of quality wines and could in a few years’ time compete with South Africa, currently the continent’s largest wine producer.

Castel Winery has a total annual production of about 1.2 million bottles of Ethiopian Rift Valley Wine. Plans are to increase production to 3 million bottles per year by 2016. Exports destinations for this production include the US and Europe. Castel Winery could benefit from the AGOA program supporting free access to US market, and from EU’s Everything But Arm program, which provides a duty and quota-free access to the European markets.

The Castel vineyard boast exclusively planted with international grape varieties that include 55 hectares of Syrah, 38 hectares of Cabernet Sauvignon, 14 hectares of Merlot and 12 hectares of Chardonnay. In the collection is an additional 42 hectares of Sangiovese that was planted in the 1980s by the Ethiopian government.

Some regional states in Ethiopia have also provided investment incentives for this sector, in order to further support the development of wineries. Taking advantage of the growing local demand, the export incentives and the favorable climate, the wine sector in Ethiopia is rapidly expanding.