On the occasion, Mr. Demeke appreciated the all-weather friendship of Turkey and Ethiopia and called on to expedite the growth momentum of the Ethio-Turkish cooperation and strategic partnership.

Recalling the already strong ties, in investment, education, and cultural exchanges between Ethiopia and Turkey, the two Foreign Ministers underlined the need to further expand engagements in other sectors too.

The discussion between the two sides also covered the current situation between the Ethiopia-#Sudan border dispute and other regional issues of mutual concern.

Mr. Mevlüt Çavuşoğlu, on his part, recalled that Ethiopia is one of the investment destinations for Turkish investors in Africa, where his country’s investment stands the second largest in Ethiopia.

At the time that the two countries are commemorating the 125th anniversary of the establishment of diplomatic ties between Ethiopia and Turkey, the two Ministers have attended a photo exhibition and jointly inaugurated the newly constructed building of the residence of the Ethiopian ambassador in Ankara and the chancery as well.

State Minister, H.E. Ambassador Birtukan Ayano also delivered a speech thanking the government and people of Turkey, including all responsible bodies that contributed to the successful completion of the building.

H.E. Ambassador Dina Mufti, Spokesperson of the Ministry of Foreign Affairs of Ethiopia, and H.E. Ambassador Girma Temesgen, Ethiopia’s Ambassador to Turkey, and other dignitaries from both sides have attended the ceremony. 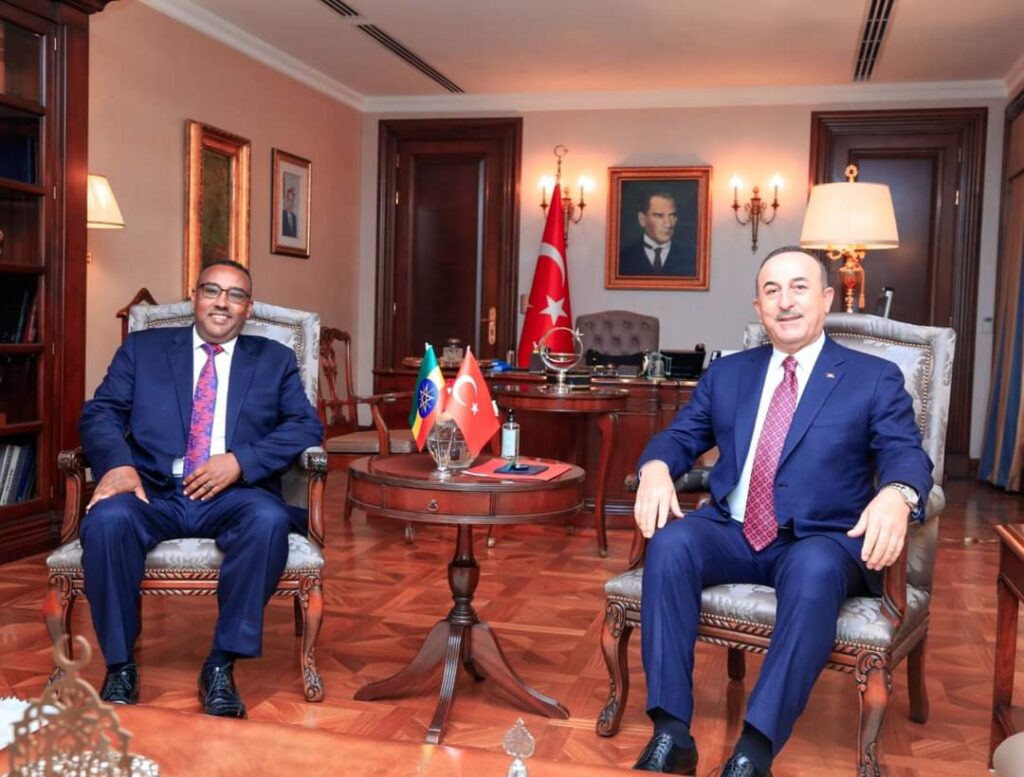