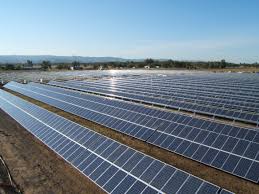 Monday, 24 February 2014 ,Addis Ababa:Global Trade Development Consulting and its Project Development Partner, Energy Ventures, both US companies, announced that they have been awarded the contract by the Ethiopian Ministry of Water, Irrigation and Energy and the Board of Directors of the Ethiopian Electric Power Corporation to build, operate, and transfer three 100-MW solar farms in Eastern Ethiopia.

Ethiopia is in the initial set of countries in President Obama’s “Power Africa” initiative. In addition to the needed power generation capacity, this 300 Megawatt Solar Project will contribute to economic development resulting in the creation of more than 2,000 construction jobs that would inject additional revenue to the Ethiopian economy. Ongoing plant operations would yield several hundred new jobs as well.

According to the Honorable Minister Alemayehu Tegenu, Minister of Water, irrigation and Energy for the Federal Democratic Republic of Ethiopia in Addis Ababa, “this project represents a significant advance in our Ethiopian energy initiative and is now part of our comprehensive Energy Plan. Given Ethiopia’s large hydro-electric generation capacity and now wind and geothermal power generation coming on-line, large scale solar fits nicely into our energy portfolio and will provide significant power generation capacity much faster than the other renewable technologies. We welcome this project with open arms.”

“We spent months analyzing the potential for a large-scale solar project in Ethiopia. We found that Ethiopia has some of the highest solar irradiance factors in Africa,” said Dr. Yonnas Kefle CEO of GTDC.  He added, “As with all our projects, we intend to maximize the amount of local resources in the performance of this project.”

Ms Tigist Mamo, COO of GTDC, emphasized that “the project performance which is so far accelerating in the right direction intends to engage local resources while working to ease the existing energy problem.” According to Ms. Tigist, Ethiopia needs the Solar PV Electricity generating systems to enhance its fast social and economic development.

“We are excited to be the Project Developer leading this important project for Ethiopia. The powers that this project will deliver have a dramatic effect on millions of Ethiopians’ quality of life,” said Lynn R. Hogg, Founder and CEO of Energy Ventures.