Skip to content
H.E.Ambassador Hirut Zemene signed on the Book of Condolences opened in Honor of the former President of the Republic of Angola, His Excellency Mr. José Eduardo dos Santos at the Embassy of Angola in Brussels, Belgium today, the 12th of July 2022.
On behalf of the People and the Government of the Federal Democratic Republic of Ethiopia, H.E. Ambassador Hirut expressed her condolences on the passing of H.E Mr. José Eduardo dos Santos and wished the Government and the People of the Republic of Angola as well as the family of the deceased comfort during these difficult times. 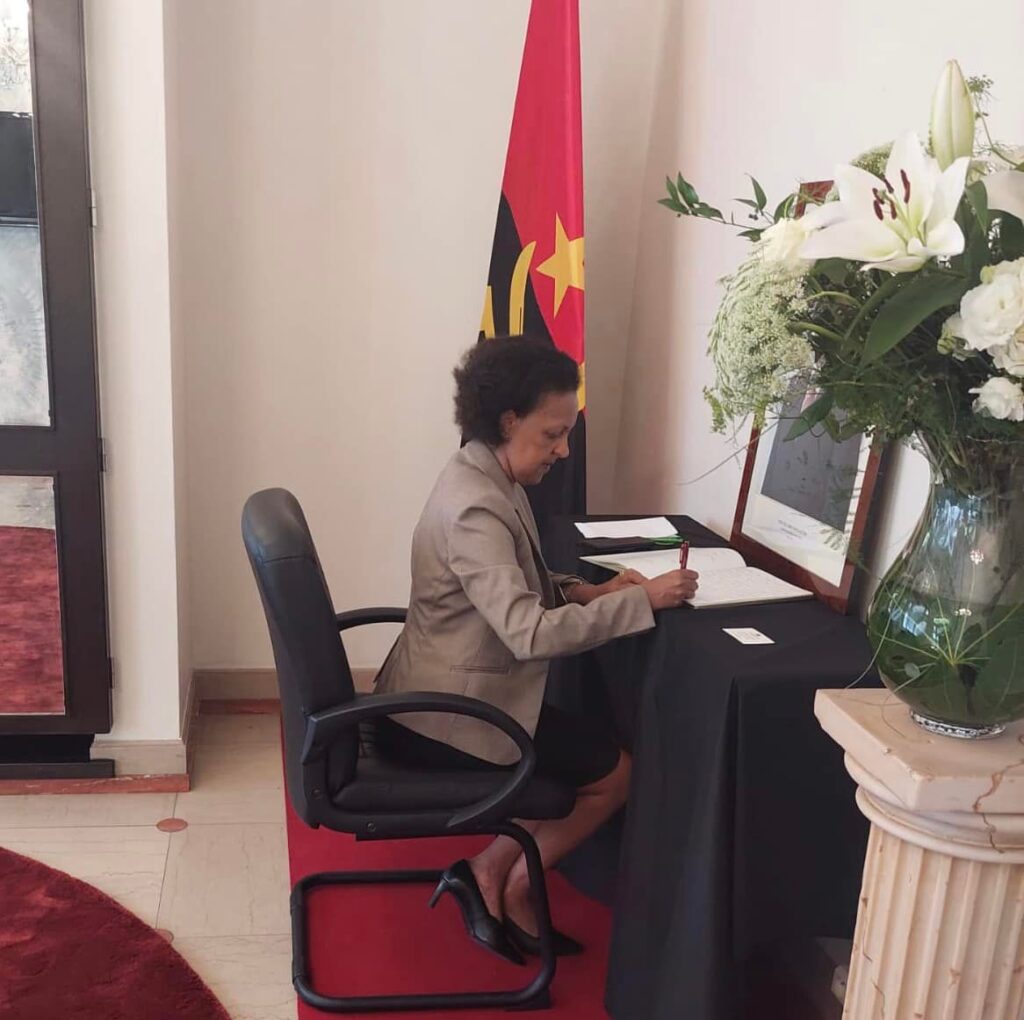