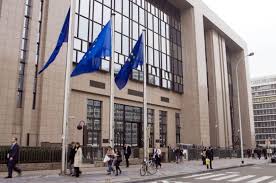 The Council of the European Union chaired by Catherine Ashton, High Representative of the Union for Foreign Affairs and Security Policy, met on Monday (January 20). The discussions covered Iran, Central African Republic and Syria as well as South Sudan and other areas. On South Sudan the Council said the European Union condemned the ongoing hostilities in South Sudan and deplored the resulting suffering and loss of life. It called on all parties to agree an immediate cessation to hostilities and urged all political and military leaders to act in the interests of the South Sudanese people as a whole. It said the European Union stood firmly behind the mediation led by the Inter-Governmental Authority for Development and commended its efforts to achieve an immediate ceasefire accompanied by effective monitoring and open the way for an inclusive political dialogue. It called for the immediate release of all political leaders currently detained in Juba and for all parties to negotiate in good faith. It encouraged all regional and international efforts to support IGAD mediation efforts and strongly discouraged external intervention that could exacerbate political and military tensions, and added that the EU was ready to consider financial support for the negotiations and their eventual outcome, including a possible ceasefire monitoring mechanism. The Council was alarmed by the deteriorating humanitarian situation and said it was deeply concerned at reports of widespread human rights violations and abuses, including ethnic targeting. All those responsible for violations of international humanitarian law and international human rights law must be held accountable for their actions, and the Council welcomed the AU’s intention to establish a Commission to investigate the human rights violations and abuses committed since 15 December 2013, and encouraged the Commission to begin its work as soon as possible. The Council also said the EU also supported the efforts of the United Nations (UN), in accordance with UN Security Council Resolution 2132 (2013), to allow for the strengthening of the United Nations Mission in South Sudan (UNMISS).